Register for our first event!

Out of the darkness: Mont-Tremblant athlete used triathlon to overcome debilitating anxiety

Estheban Archambault escaped the darkness of severe anxiety through exercise 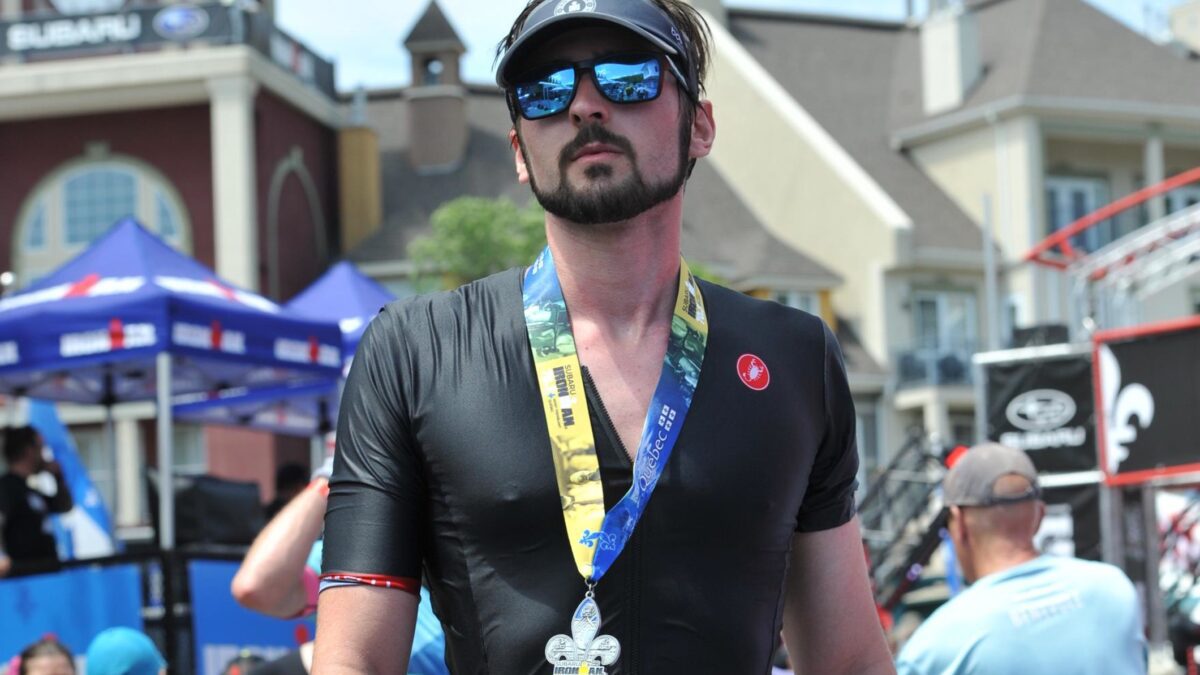 Prior to training for Ironman 70.3 Mont-Tremblant, the farthest (and fastest) Estheban Archambault had ever run was when cops were chasing him after a late night of binge drinking.

A lifetime of debilitating anxiety had led to self-destructive patterns of behavior used as coping mechanisms. Self-mutilation. Anorexia. Alcohol abuse. Archambault was on a downward spiral when he found something, quite by accident, that changed that trajectory. Triathlon.

Out of the darkness

Soul crushing night terrors had been commonplace for Archambault since childhood. Last year, desperate to find a way to sleep through the night, he started running on a treadmill to push himself to exhaustion. It worked. He slept through the night. “What I discovered,” Archambault recalls, “Was that a side effect of exercise made me feel better mentally. I was happy. Not something I’d had much experience at.”

He started swimming, which provided more good feelings and less anxiety-induced self-hatred, less thoughts of suicide. He had seen his fair share of doctors, psychiatrists and psychologists. They had prescribed medication. But not one had suggested exercise as a way out of the darkness.

He had never played a sport and did not belong to a gym. He did not care. Exercise was making him feel better and that’s what he was going to do.

Life was an endurance event

A triathlon logo on the wall of the local pool in Mont-Tremblant intrigued him. He liked the complexity of the mixed disciplines. “I knew nothing about triathlon,” Archambault says, “But I know about endurance. I’ve endured a lifetime of darkness.”

He sought out the coaching team at RobFit KinCentre in Mont-Tremblant. He surrounded himself with goal-oriented athletes. And he worked hard. But he did not want to train just for the sake of training. He knew he needed a goal to stay focused, to keep his mind in the present.

And that is why, without a wetsuit, a tri-bike, a good pair of shoes, or a watch, in March, Archambault registered for Ironman 70.3 Mont-Tremblant, less than three months before the event. He’d never run more than 3 km (which he claims almost killed him). He had dog-paddled his way through the 400-m swim to qualify for a junior life guard position last summer. But, he had made a decision. Instead of demons chasing him, he would hunt them down and crush them on the Ironman course.

“My super-power is my determination,” says Archambault. Gilbert Ayoub, his new coach, says “I’ve never seen a young person with the work ethic of Estheban.”

With every training block he felt more in control of his mental health. His father had often said “a healthy body equals a healthy mind.” As he swapped bad habits for good ones, he knew his father was right.

He had endured a life-time of anxiety, but race day did not make him anxious. “I was focused,” Archambault says. “I knew it was going to be a challenge. I also knew I would finish. No matter what it took.”

He toed the start line amid more people than lived in his hometown of Saint-Rémi-d’Amherst, Québec. Wearing bib number 777, he was ready for the day. “Seven is my lucky number,” says the rookie athlete.

For the young man who had only learned to use a bike pump the evening before, race day was a success. The “curse mark” tattooed on his left shoulder was no longer a curse as he crossed the Ironman 70.3 Mont-Tremblant finish line in 5 hours and 55 minutes. However, the finish line will not be the finish of anything for Archambault. It’s where he’s going to start. “I have found my place,” he says.

“I no longer feel like I want to die” Archambault says. “I found my way through the darkness, and I want to shine the light for others to follow.”

This story originally appeared in the Sept. 2022 issue of Triathlon Magazine Canada.

- By Cathy Bergman - a self-described word nerd, Cathy has a passion for health and wellness. A late blooming athlete (running her first 5K at 52), when she’s not breaking in a new pair of Skechers running shoes, she’s penning a fitness column encouraging folks to get out of their comfort zone. 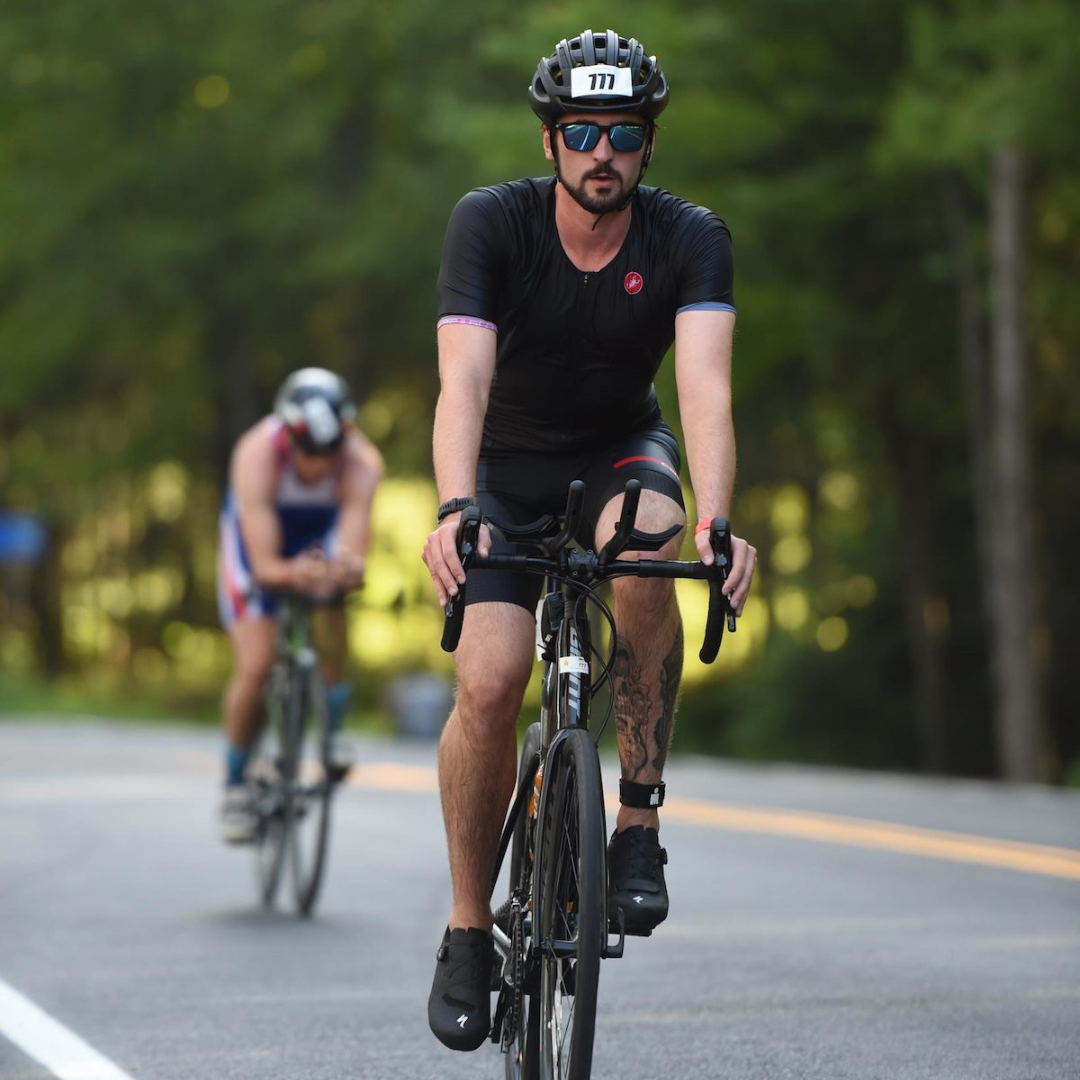 Out of the darkness: Mont-Tremblant athlete used triathlon to overcome debilitating anxiety

Estheban Archambault escaped the darkness of severe anxiety through exercise 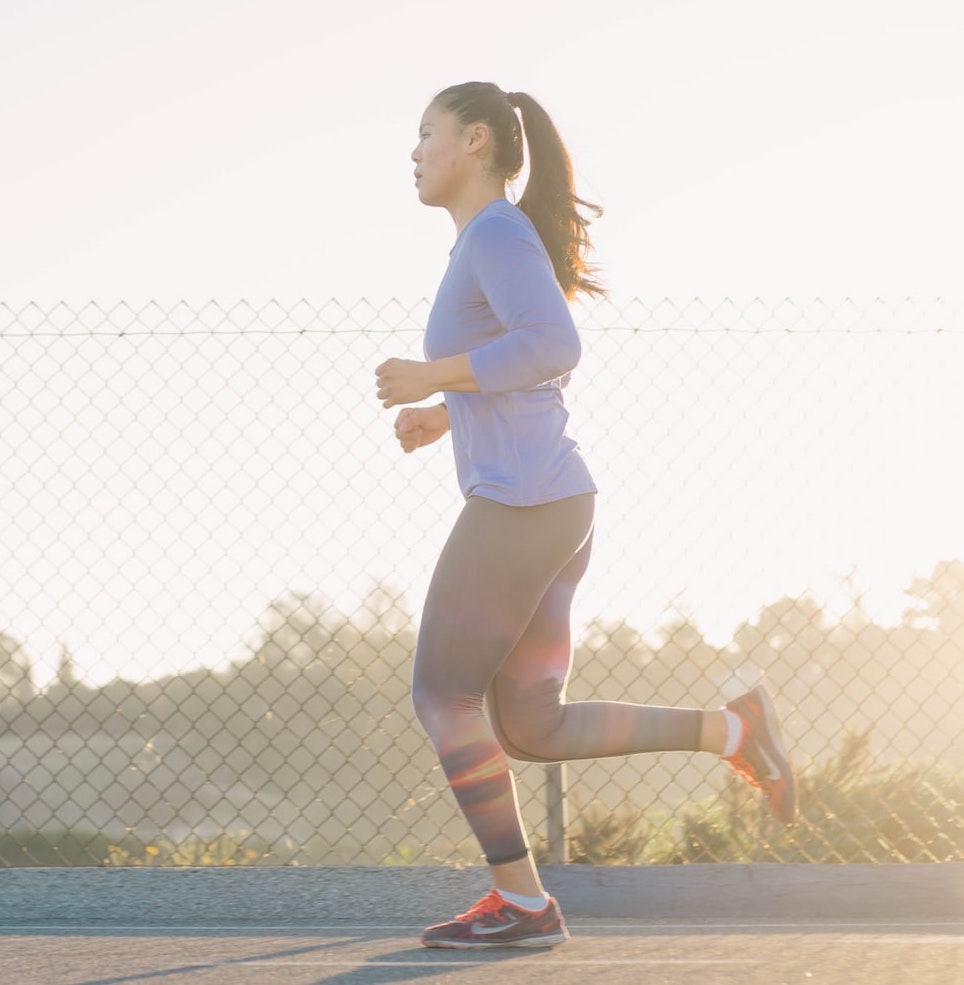 Find out when our events are and keep up to date on new mental health news.

Leave us a message if you'd like to volunteer, make suggestions, or just say hello!

Thank you! We'll be in touch!
Oops! Something went wrong !